This morning I watched torrential rain blowing sideways at 75mph from the window of the Taco Shack in Iron City while I ate a great breakfast with the owners Randy and Pam before the power went out.

I was supposed to meet some new friends there but I messed up the day (it's tomorrow) so it was just me and the owners. Randy told me the reason Iron City had a bad rap as a dangerous place was because of the Ford plant south of here in Alabama, the iron ore was here, and Alabama was dry. Ford found better iron in Michigan and the rest is history.

His place has a pool table, a stage for live music and great food. Summer time is hopping with kyakers on the creek, a campground and it's 420 friendly. All twenty five minutes from my place and I can see myself sleeping in my truck down here a few times come summer.

I drove home in the middle of a major tornado warning, turned on the news and heard about roofs blowing off and downed trees on the special weather segment happening on channel 2. Ahh, good to be home, and I have power... 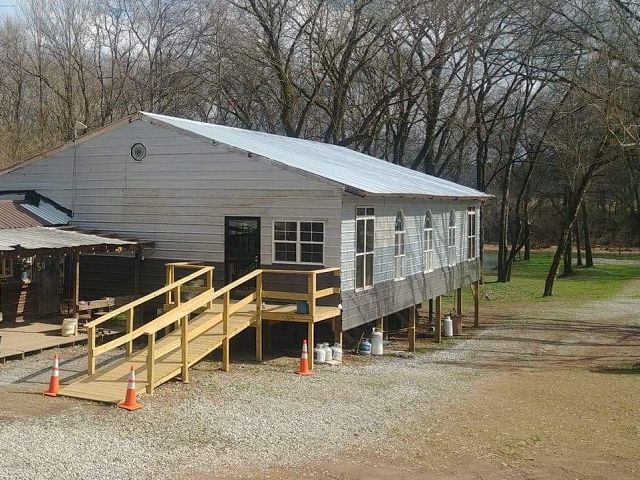 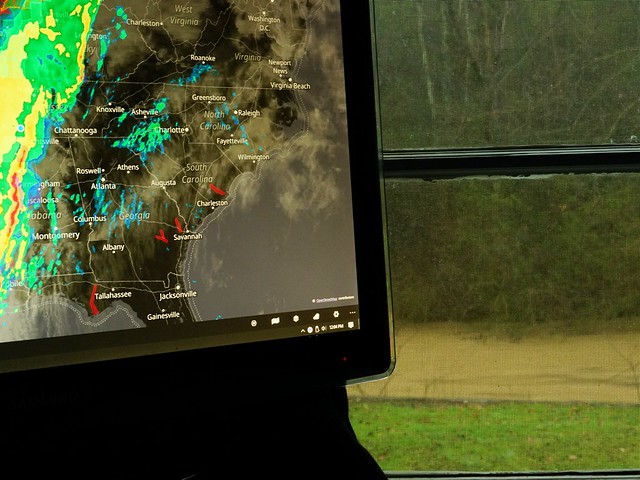 This is a story about computers and cats. Back in 1983 I was living in a house along the Sacramento Delta, right down on the water, with a boat ramp. I had a cool big cat who liked to sit on the edge of the dock where he attracted boaters to swing by and say hello. Sometimes he would walk on board a boat and be gone for days, but they always returned him.

I was writing graphics software at the time for a Silicon Valley startup called Mindset who were creating a slim IBM PC 16 bit clone and the prototype box was this big aluminum chassis thing that sat in my office. One day it stopped working so I called the company and later that afternoon a helicopter landed in the big yard and two techs got out and brought a replacement box into my office. They swapped the hard drive out so I didn't lose my work, took the old box and flew away. Venture capital money at work and you can't make this shit up. 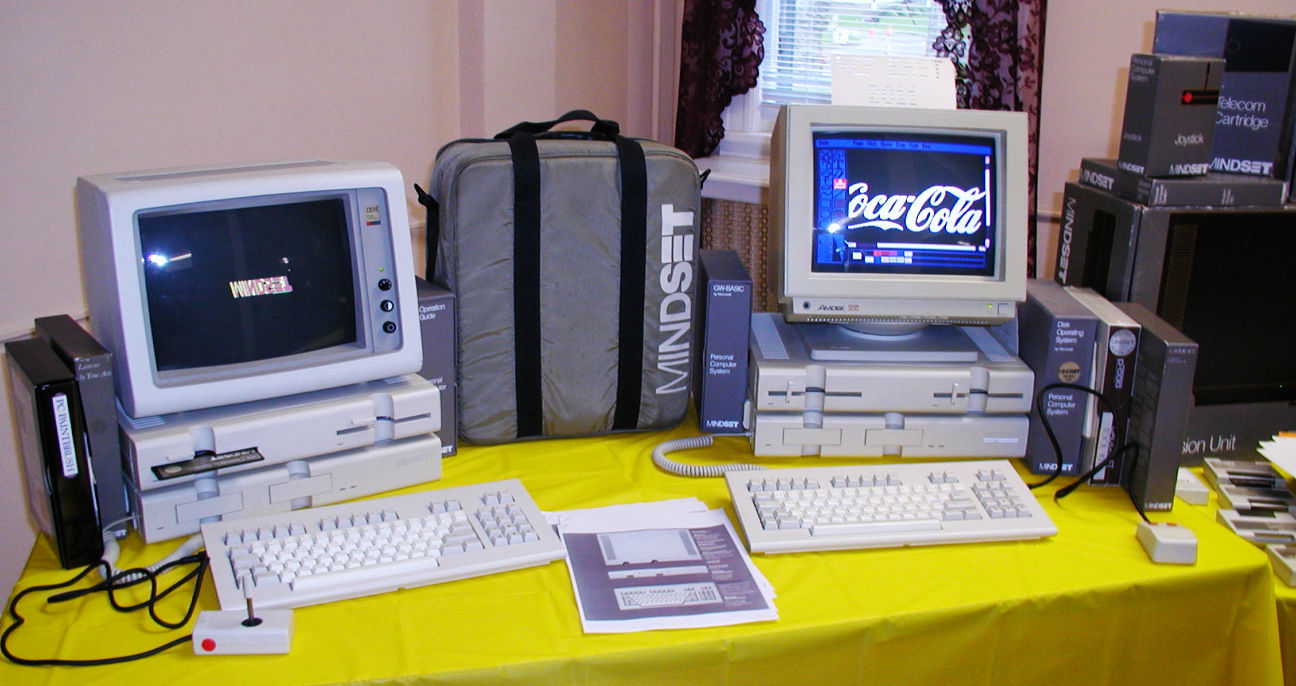 Making friends with, and driving cars for, a used car lot whos owner is also my landlord, has great perks. They had a Buick that had been in the family since it was bought new in 2003 by the parents and wanted it to go to someone they knew. That would be me, and I just bought it for Steph for a great price (she will pay me back with payments).

It's a very sweet ride, click below for more shots: 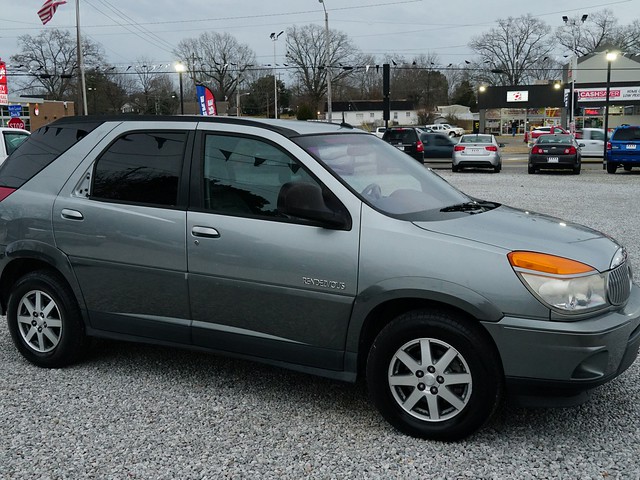 I'm goint to start a new routine come this Sunday called the Water Diet. Not because I'm overweight (I ain't) but just that I'm reading good things about it. The reason I'm waiting till Sunday is because I made a new friend yesterday on a used car run from Nashville who invited me to Iron City on Saturday to join him and his friends at the famous Taco Shack for breakfast. After that I need to watch the Titans advance in the playoffs, and then I'll be ready. Also assuming I have a roof as tornado warnings are focusing directly on my little town tomorrow afternoon.

• Drink four glasses of water immediately after waking, before brushing your teeth, and on an empty stomach.

• Do not eat anything for the next 45 minutes.

• After 45 minutes you may eat and drink as normal.

• Do not eat or drink anything for 2 hours after breakfast, lunch and dinner. 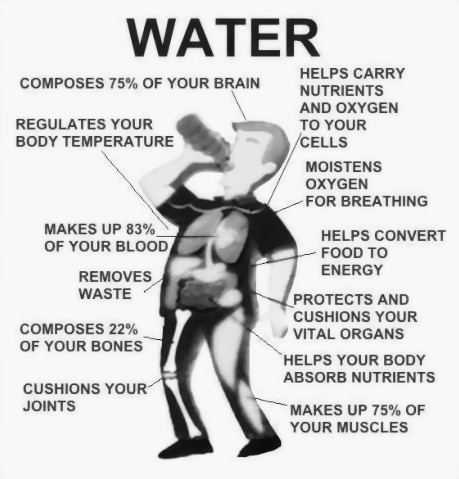 My new app Jimazon is ready... 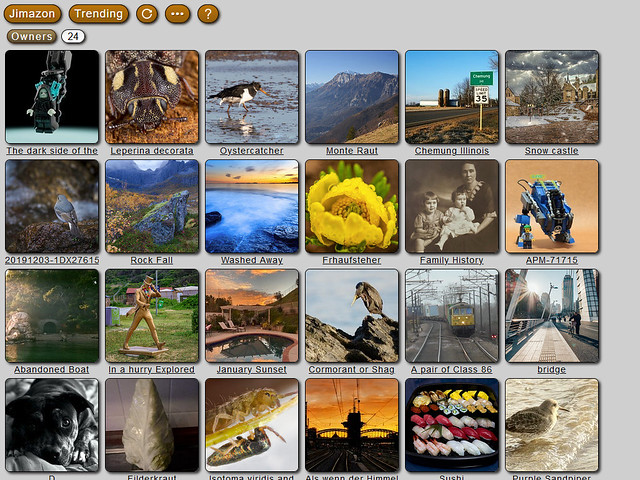 Riley and Jessica are hanging out in Puerto Rico and he sent me some pics. I've started a Set and I'll add to them as they roll in over the next few days. Click below to see them. 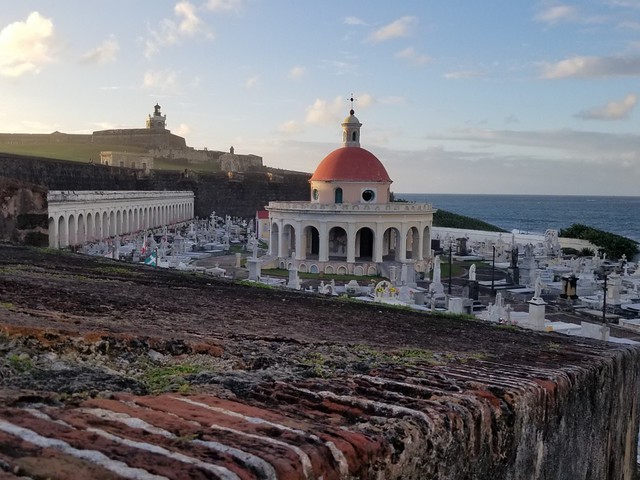 I just discovered that my great-great grandfather on my mothers side, Thomas Grundy Smith, was born in Shoal Creek, MO. in 1857, and his mother was born in Tennessee. That explains this: 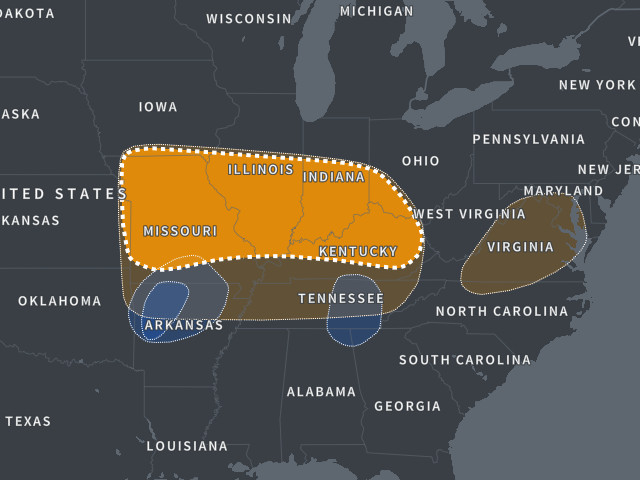 The creek that runs below my window here in Tennessee is named Shoal Creek and it's been around for over four hundred years. According to the geneology charts my great-great-great grandmother lived right down the road from this Shoal Creek before moving to Missouri to farm the land. Maybe she named the creek up there?

Riley and Jessica are on a cruise and her last FB post said she took a spill in the casino and was hurting. Damn, that sucks. I guess they didn't get the internet package because there's no update and not responding to texts.

Reminds me of a time back in the '70s when my wife and I were on vacation down in Texas. I was foot racing my uncle John through the huge Dallas county fairgrounds and when I glanced right to see why he was pulling up I ran right into the street and smashed into a car. Broke my collar bone. We went to the Kennedy memorial after that and I was in so much pain, it was a blur. Didn't get it looked at until we got back to CA and the drive home was excruciating. (Not sure why Marci didn't drive :-)

Update: Just heard from them, everything is alright I guess, Riley sent an image: 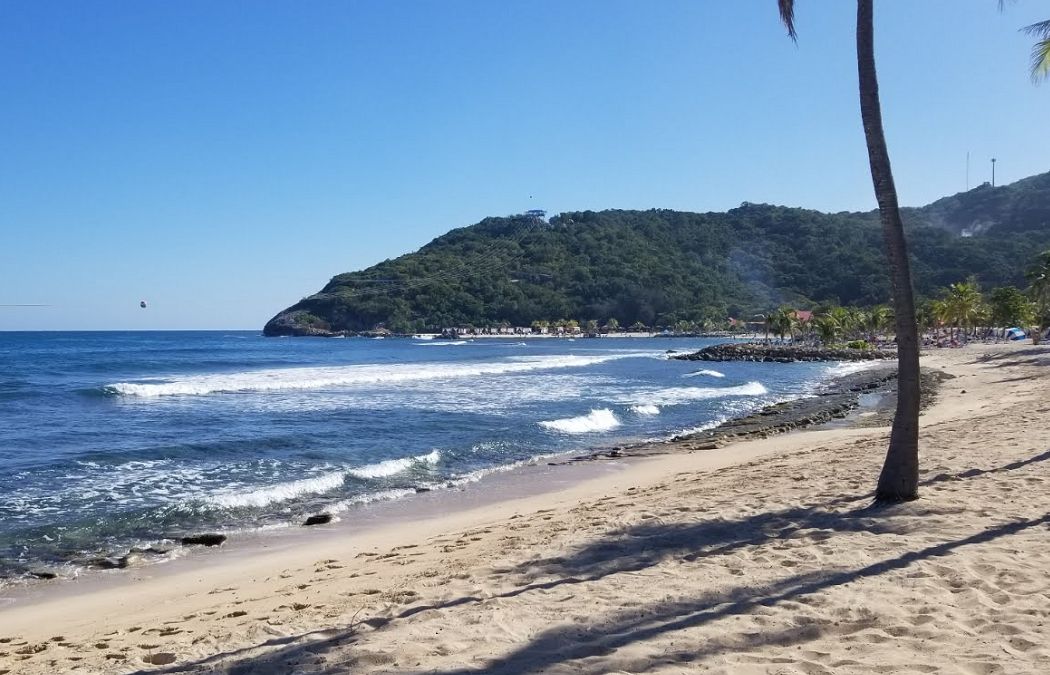 I never imagined I would be saying this two years ago, but my official state of residence is Tennessee. I've lived here well over a year now, I have a Tennessee commercial drivers license, the address on my passport is here, I have a Tennessee Medicare advantage plan, and my new adopted football team is the Titans. Last night I stayed up well beyond my bedtime to watch my team kick the Patriots ass and I made a prediction to my son Riley (a Seahawks fan) a couple of months ago that the Titans would play the Seahawks in the upcoming Super Bowl. I could visualize him rolling his eyes over the phone, but watch out now. 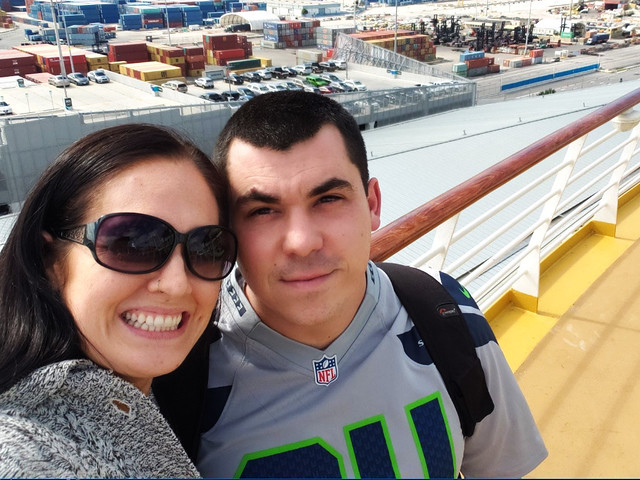 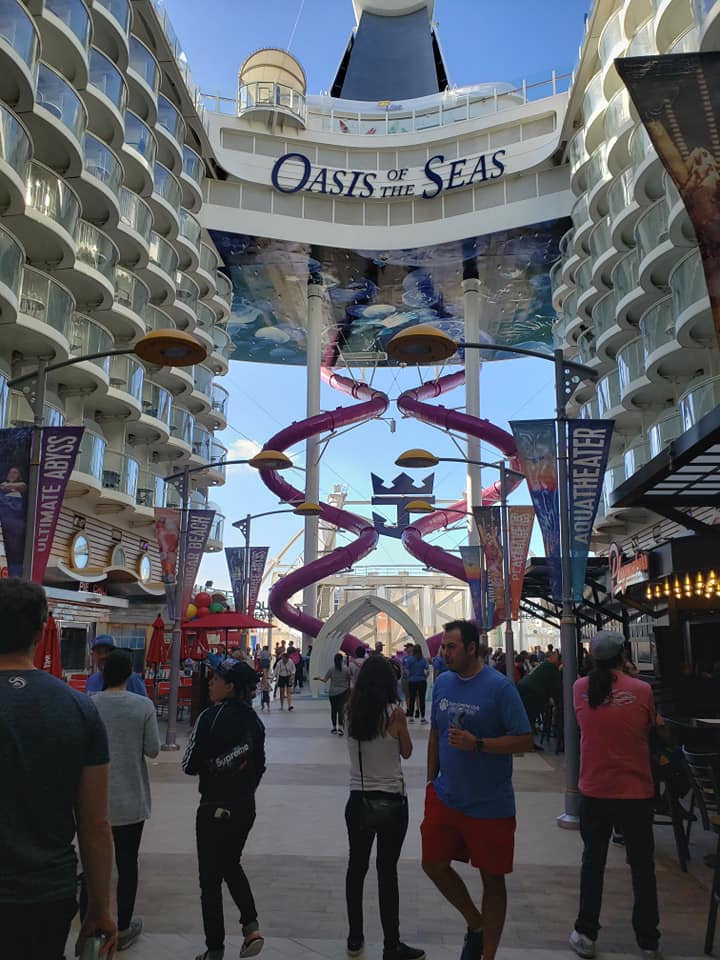 Met my friends for lunch and they were armed. 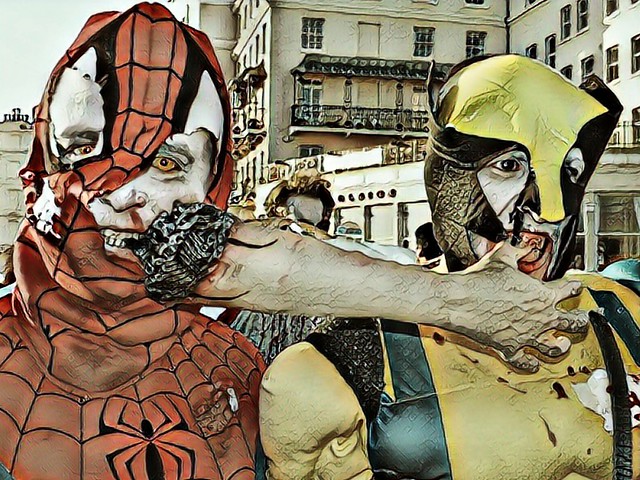